Mary Magdalen (Raher) Aldrich was born December 7, 1920, to Daniel and Lenora (Galles) Raher in rural O’Brien County. Mary was the oldest of ten children. She attended grade school in Granville and later moved to Hawarden in 1939. She continued her education at Wayne State College in Wayne, NE to become a teacher.

After a long courtship throughout the duration of World War II, she married Eber Joseph Aldrich on June 26, 1948 in Sioux City, IA. She had two children, Mary Michelle “Shelly” (Aldrich) McCandless, and Thomas “Tom” Joseph Aldrich. Mary was a lifelong educator, teaching at a rural school for three years, at Willow School in Quimby, IA for three years, and at Danbury Public for one year, and worked for the Hawarden Public Library for more than 25 years. She served the community through activities and programs, reaching out to children through story time, leading efforts to build a new library and expand the collection, and encouraging everyone she encountered to learn and grow through reading and the arts. Mary became a widow in 1976. Not one to slow down, she learned to drive in her 60s, became an artist in many mediums, participated in the elder hostel program, and was an avid gardener.

Mary was a long-time member of St. Mary’s in Hawarden, but in 1999 she moved to Sioux Center, and became a member of Christ the King. Moving to Sioux Center allowed her to be close to most of her family, especially her grandchildren who enjoyed many special events, holidays, and time spent with her playing games, and watching her granddaughters dance. As a librarian, she was an excellent Scrabble player. “Grandma Egg” loved art, music, reading, and above all her family and her faith.

Mary is survived by her sister, Noreen (Raher) Burkholder of Aurora CO; grandchildren and great-grandchildren: Rhonda (Shawn) Huisman, Tanner, and Dillon of Indianapolis, IN; Kyle of Minneapolis, MN; Ian of Monterrey, CA; Angelene Aldrich, Madison, and (great-great grandchild) Garrett all of Le Mars, IA; Mollie (Wade) Van Otterloo, Brooklyn, Cambrielle, and Isabella of Sioux Center, IA; and Nick Mc Candless of Leadville CO; as well as many loving nieces, nephews, cousins, and friends. Special friends include Maria Hooyer, who visited with her and brought communion every Sunday, and Charmaine Steuerwald, who was a great daughter-in-law. Thank you for your loving hearts and kindness.

To plant memorial trees or send flowers to the family in memory of Mary Aldrich, please visit our flower store.

Sorry to hear of Marys passing. Special lady and family!

Mrs. Aldrich was my very first "boss" when I worked as a page at the Hawarden Public Library all through my high school years. I always admired her. I have such wonderful memories of her. What a great woman, she will be missed.

Our sympathy to the family.

Mary was such a wonderful person. Have so very many great memories of her at the libraryand her help with so many thingsand feeding my love of reading!! Sincere sympathy to all her family and friends. God BlessKathy Huitink

Friends and Family uploaded 1 to the gallery. 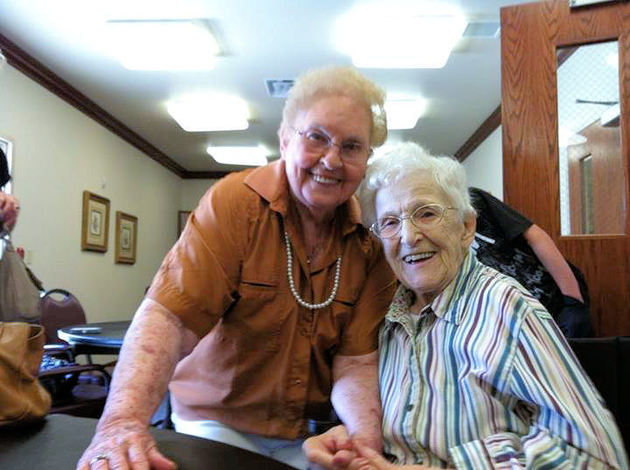 No service information has been added.