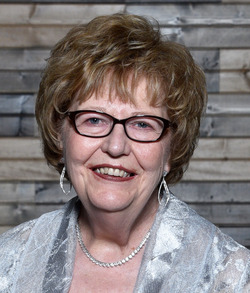 
Rock Valley, IA: Mary Ann Van Zee, 77, of Rock Valley, Iowa, died Monday, September 3, 2018, as the result of injuries suffered in a motor vehicle accident in Harrison County, Iowa. Funeral services will be held Saturday, September 8, at 10:00 AM at Faith Reformed Church of Rock Valley with Rev. Mike Molenaar and Pastor Jeff Moes officiating. The service can also be live-streamed at www.faithrv.com. Private family burial will be held Saturday afternoon. Visitation, with the family present, will be from 4:00-7:00 PM Friday, September 7, at Faith Reformed Church. Memorials may be directed to STEMM (Siouxland Tanzania Educational Medical Ministries) or Hope Ministries.

Mary Ann was born February 3, 1941, to John and Tillie (Dragstra) Wallenburg on a farm near Sioux Center, Iowa. She graduated from Western Christian High School in 1958. She worked at Koster’s Market in Rock Valley. She married Joe Bechler on February 3, 1961. They soon moved and made their home in Sioux City. After many “night-classes” and weekend hours, Mary graduated from Briar Cliff College with her degree in Business. She then made her career at CNOS as the CEO. After 39 years, in 2006, she retired. Throughout that time, she served on the STEMM Board making several trips to Tanzania. Her time was also occupied with the Western Iowa Synod Board, Search Committee of the RCA, and multiple Leadership positions at Sunnybrook Church in Sioux City. Mary also was Director of the Iowa and the South Dakota Orthopedic Associations. Life-long friendships were made from these positions in her life. On October 2, 2012, Joe peacefully passed away, ending their marriage of 51years.

Mary went on a Branson bus trip in the fall of 2016. When the only seat left on the bus was next to Dick Van Zee, a friendship was rekindled. On July 2, 2017, Dick and Mary were married in Sioux City. They made their home in Rock Valley. This marriage blessed Mary’s life with the joys of having children and grandchildren which she dearly loved. They brought so much joy to her life. In the 14 months they were together, they traveled many places and made many memories. They wintered in Arizona last January and had plans to do much more in life. On September 2, 2018, their dreams ended in an automobile accident, and Heaven became their home. Mary passed away on September 3, 2018.

Mary was preceded in death by her parents, John and Tillie Wallenburg; her first husband, Joseph Bechler; and brother-in-law, Ervin Breuer.

To order memorial trees or send flowers to the family in memory of Mary Van Zee, please visit our flower store.