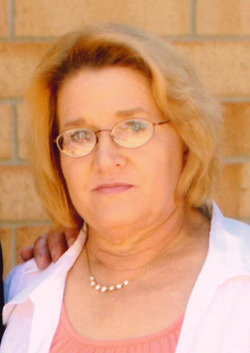 Funeral Service will be 10:30 a.m. Friday at the Associated Church in Hawarden, Iowa with Rev. Erma Wolf officiating. Burial will follow in the Pleasant Hill Cemetery in Ireton. Visitation with the family will be from 6:00 p.m. to 7:30 p.m. Thursday at the Porter Funeral Home in Ireton. Condolences may be sent to www.porterfuneralhomes.com.

Miriam Martha Muth was born September 9, 1953 in Sioux Center, Iowa, the daughter of Kenneth R. and Mary (Van Steenwyk) Kwikkel. She graduated from the Sioux Center High School and from Northwestern College in Orange City with a degree in art.

Miriam married Ronald Muth on March 1, 1973 in Maurice, Iowa. They made their home near Ireton, Iowa. As their children were growing up the family did lots of camping. Miriam worked for Sioux Center with the Arts and Recreation Department. She did arts and crafts with the elderly and in the summer the arts and crafts for kids. She was proud of bringing big city productions to the small town, such as the Vietnam Wall, Army Band, Navy Band, and the Nutcracker production.

Miriam was a super cook and did lots of crocheting in her spare time. She also enjoyed doing arts and crafts for herself and family.

Miriam was preceded in death by her grandparents.

To order memorial trees or send flowers to the family in memory of Miriam Muth, please visit our flower store.