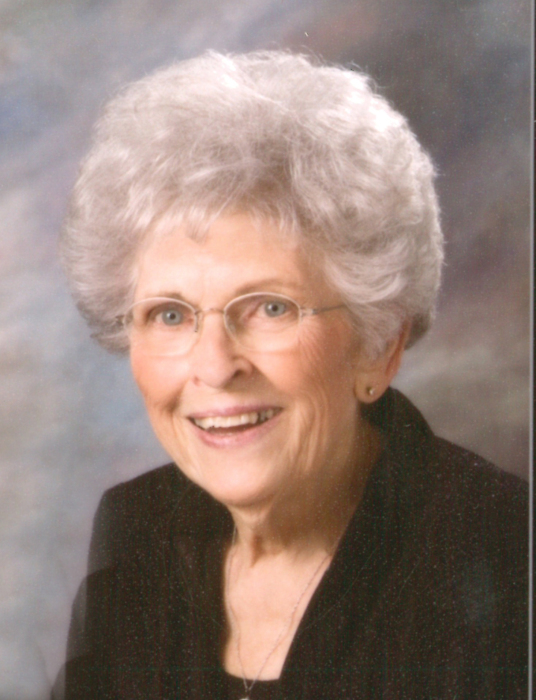 Funeral Service for Norma Nilson will be 2:30 p.m. Saturday, December 19, 2020 at the First Baptist Church in Hawarden with Rev. Erma Wolf and Pastor Stuart Schreur officiating. Burial will follow at Grace Hill Cemetery. Public viewing, with no family present, will be from 2:00 p.m. to 7:00 p.m. Friday at the Porter Funeral Home in Hawarden. Masks and limited to 15 persons at a time will be necessary at the public viewing.

Norma was united in marriage with Wendall Nilson on January 18, 1947 in Vermillion, South Dakota.  Together, they farmed near Hawarden, Iowa where they raised their four children.  Norma and Wendall enjoyed ballroom dancing throughout their 67 years of marriage.  Wendall passed away on June 29, 2014.  Norma continued living on the family farm until October 2016, when she became a resident of Hillcrest Care Center.

Norma was a devoted farm wife working alongside Wendall whether it was feeding cattle or doing fieldwork.  Behind the scenes, she kept meticulous financial records for the farm.

She often joked that baking and cooking were her therapy.  Norma was an excellent hostess, and no one ever left her house hungry!  Her family was especially fond of her amazing Christmas caramels and desserts.

Norma was a member of Hawarden American Lutheran Church where she was active with teaching Sunday School and Bible School and directed the Children’s Choir when her children were young.  Norma had a beautiful alto voice and sang in the church choir for many years also.

To order memorial trees or send flowers to the family in memory of Norma L. Nilson, please visit our flower store.