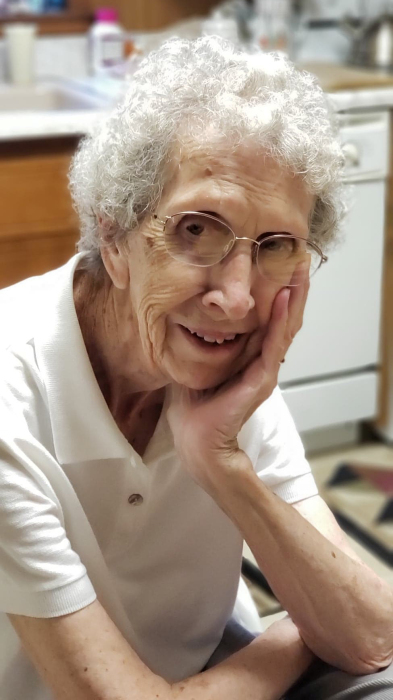 Funeral Service will be 10:30 a.m. Monday, March 15, 2021 at Trinity Lutheran Church, LCMS in Hawarden with Rev. Joshua Lowe officiating. Burial will follow at Grace Hill Cemetery. Visitation will be after 3:00 p.m. Sunday, with a Prayer Service at 7:00 p.m. at Trinity Lutheran Church. The Porter Funeral Home is assisting the family. The family prefers memorials be directed to the Hawarden Meals On Wheels Program.

Oina M. Vander Feen was born June 25, 1932 on a farm near LeMars, Iowa, the daughter of Eldo and Isabella (Thomas) Baack. She was baptized at St. John’s Lutheran Church in LeMars. She lived there until she was six years old. She then moved to Milford, Iowa with her family where her parents opened their first café. She was confirmed at First Lutheran church in Milford on May 30, 1948. Later, the family moved to Merrill, Iowa where her parents opened a second café. The family stayed there for several years before moving back to Milford when Oina was around 15 years old. She graduated from Milford High School in 1950. After graduation, Oina went to work for the telephone company in Spirit Lake, Iowa. She took the position of secretary for the Superintendent of the Milford School System, for a few years. Oina then moved to LeMars and worked at the Rexall Drug Store for several more years.

After a visit with her parents to see relatives in Wisconsin Rapids, Wisconsin, Oina decided to move to that area. She took a job there with Preway working in the office. In 1960, she moved back to Iowa to help her mother run a café in Ireton, Iowa.

Oina married Wayne Vander Feen at St. Paul’s Lutheran Church in Ireton on September 10, 1961. She joined him and his three children, Sandra, David, and Teresa on the farm near Ireton. Oina and Wayne had two more sons, Warren and Evan. They lived on the farm until 1999 when they moved to Hawarden, Iowa. Oina worked at the Hawarden Hospital for almost 12 years after moving to town.

She was a member of Trinity Lutheran Church, LCMS, Ladies Aid, and Lamplighters. Oina enjoyed crossword puzzles, putting together puzzles with family, cooking, keeping a clean house, watching West Sioux Athletics, and enjoying a beer and hamburger with Grandma Lo after church.

To order memorial trees or send flowers to the family in memory of Oina M. Vander Feen, please visit our flower store.