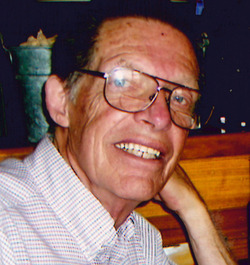 Funeral Service will be 2:00 p.m. Thursday at the Porter Funeral Home in Hawarden, Iowa with burial and military rites to follow at the Grace Hill Cemetery in Hawarden. Visitation with the family will be one hour prior to the service. Condolences may be sent to www.porterfuneralhomes.com. In lieu of flowers, the family prefers memorials to the June E. Nylen Cancer Center in Sioux City.

Preston John Raynie was born June 26, 1939 in Hawarden, Iowa, the son of Doyle and Erva (Lemonds) Raynie. He graduated from the Marathon, Iowa High School in 1957. He served in the US Army prior to his marriage to Diana Anderson on June 24, 1967. They made their home in Sioux City, Iowa where he was employed as a courier for Cloverleaf Cold Storage for over 30 years.

Preston enjoyed square dancing, talking on his ham radio, and his cat “Whiskers”. He worked on his family genealogy and put together a family tree book for all family members.

Survivors include his wife, Diana; two brothers, Byron and wife Candice of Thornton, Colorado and Marlin of Hawarden; a sister Linda Berry and husband John of Arvada, Colorado; and two nieces, Amber (Gregor) Mozet and their daughter, Marie and Holly (Etan) Funches and their son, Ellington.

Preston was preceded in death by his parents.

To order memorial trees or send flowers to the family in memory of Preston Raynie, please visit our flower store.