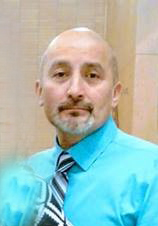 Mass of Christian Burial will be 10:30 a.m. Friday, April 12, 2019 at the St. Mary’s Catholic Church in Hawarden with Father Paul Bormann celebrating the mass. Burial will follow in the Grace Hill Cemetery. A Prayer Service will be 7:00 p.m. Thursday at St. Mary’s Catholic Church with Deacon Richard Port officiating. The Porter Funeral Home in Hawarden is assisting the family. Condolences may be sent to www.porterfuneralhomes.com.

Ricardo A. Rodriguez was born December 11, 1969 in Toluca, Mexico, the son of Juan Rafael Rodriguez and Maria Delgado. He attended school at Melchor Ocampo in El Oro Town. Ricardo moved to Hawarden, Iowa in 2002. He enjoyed attending West Sioux sporting events, especially the sports his children participated in, including football, soccer, and wrestling. His passion for soccer started at a young age and continued throughout his life, and with that passion, he was a driving force in building up the youth soccer programs. His favorite soccer team was The Diablos from Toluca, Mexico.

Ricardo was always willing to help anyone that was in need of help, no matter how big or small. Also, he loved to help out at St. Mary’s Catholic Church in Hawarden where he and his family attended. He enjoyed playing, coaching, and watching soccer, cooking, and spending time with his family.

Ricardo was a devoted father who pushed and guided his children to become the very best versions of themselves. He was also a devoted husband who cherished his wife every day. Ricardo was a mentor to all of his family, including his nieces and nephews.

He was preceded in death by his father.

To order memorial trees or send flowers to the family in memory of Ricardo A. Rodriguez, please visit our flower store.