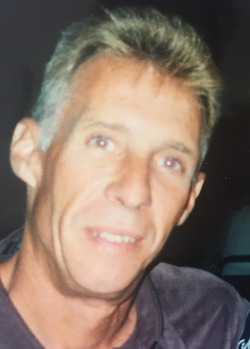 Richard John Harmelink of Fairview, SD (on the Iowa side) passed away at Sanford USD Medical Center in Sioux Falls on Saturday, December 29, 2018, due to health complications

Funeral services will be held Thursday, January 3, 2019 at 11:30 AM at Inwood First Reformed Church in Inwood, Iowa with Rev. Rob Hortsman officiating. Burial will follow at Fairview Cemetery of Fairview, South Dakota. Visitation, with the family present, will take place prior to the funeral service from 9:00-11:00 AM at the church. The Porter Funeral Home is assisting the family. Condolences may be sent to www.porterfuneralhomes.com. The family prefers memorials be directed to the First Reformed Church in Inwood for various church projects.

Richard John Harmelink was born on April 8, 1953 to Andrew and Frances Harmelink, and welcomed home by his three older siblings. He graduated from Rock Valley High School in 1971 and hit the ground running. He was a hard worker, having been employed in many skilled labor positions, at his dad’s construction company, brother-in-law’s service station, Kooima’s, and Hassenstein Steel. His horizons were broadened when Rick joined the US Navy in 1978, and eventually the US Air Force and Air National Guard. His military career led him to success in the electrical field as an aviation electrician for both the military and Business Aviation. He also assisted with getting the Sioux Valley Careflight aircraft off the ground. After retirement, he worked at Hilltop Cabinetry and volunteered electrician/carpenter for Habitat for Humanity and Hope Haven.

Rick was married to Carol Kuyper, and from this union came their three children. He was devoted to Robyn, Lesley, and James, and they frequently traveled for his military stations and to see family. He enjoyed hosting and facilitating the annual Harmelink Family Reunion, bringing life and laughter to all gatherings. On September 25, 2004, Rick was united in marriage to Gail Vander Woude, and together they spent much of their time remodeling and beautifying the acreage that once belonged to Rick's parents. Together, they hosted the annual Hope Haven trail ride. He enjoyed living out in the country near the Big Sioux River and embracing God’s creations. People driving by the acreage would often see him working outside and be greeted with a jolly wave.

Rick was never one to sit still, always having multiple projects going at once. A gifted carpenter and jack of all trades, when you visited his workshop you were sure to see something new and exciting coming to life by his handiwork. He definitely lived out “one man’s trash is another man’s treasure,” often dumpster diving and creating something beautiful from what others thought to be worthless. He was a leader among his church congregation, as he frequently served on consistery as elder and deacon. He and Gail loved creating stained glass windows, giving Inwood First Reformed a fresh look with all new stained glass windows, and he also transformed their sound projector system. Rick even went on a mission trip to Romania to deliver wheelchairs through Hope Haven. Acts of service were absolutely his love language.

He is preceded in death by his parents, Andrew and Frances, and brothers, Raymond and Charlie.

To order memorial trees or send flowers to the family in memory of Richard "Rick" Harmelink, please visit our flower store.