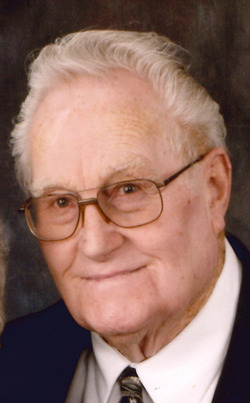 Richard Van Surksum, son of John and Gertrude (Rempt) Van Surksum, was born January 5, 1927 at the family home near Rock Rapids, Iowa. He spent his childhood on a farm near Inwood. He married Mary Jean Brinkhuis on February 15, 1949. They made their home near Doon, Iowa and later moved to Alvord, Iowa, where he worked as a mechanic and then later in Rock Valley, Iowa as an International Harvester Tractor mechanic for 20 years. An opportunity to farm arose and he moved to rural Rock Valley in 1969. He farmed until 2001 when he retired.

Richard loved spending time with his family and friends, and he welcomed all to share a laugh or fellowship. He will be greatly missed and was much beloved.

To order memorial trees or send flowers to the family in memory of Richard Van Surksum, please visit our flower store.