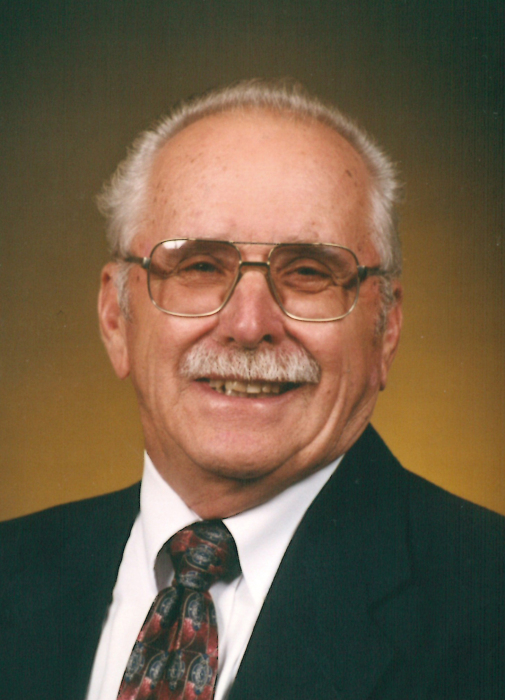 Bob’s funeral service will be held Wednesday, October 14, at 10:30 AM at Peace Lutheran Church of rural Sioux Center, Iowa. The service can be livestreamed at http://peacelutheranlcmc.org/. Burial, with military rites, will follow at Peace Lutheran Church Cemetery. Public visitation, with no family present, will be held Tuesday, October 13, from 3:00-7:00 PM at Porter Funeral Home of Rock Valley.

Bob was born on the family farm to Fred and Alvina Gayer. He was the 9th of 10 children. For his entire life, he attended Peace Lutheran Church in rural Sioux Center and was confirmed in 1949. Bob walked his faith throughout his life. The cementing of his faith occurred during a thunderstorm, when he experienced the awesome presence of God. He gave his time as Sunday School Superintendent and Council Member. Bob was active in the Lutheran Brotherhood throughout his entire adult life. After retirement, he was engaged in the M2 Prison Ministries Program, helping to reshape men in prison.

Bob attended country school. His 8th grade education was not out of the norm in those days. He was very intelligent, wise. He was always asking questions and learning more about the world around him. Bob loved history and especially, sharing his family heritage. He had a passion for writing his life story, often telling his children and grandchildren about the decades of changes in his life and the world.

A highlight for Bob was his time spent in the Army from 1950-1952. He trained in Camp McCoy, Wisc. Although, it was during the Korean War, Bob spent much of his time in post WWII Germany.

Bob started farming at the age of 15. He began with horses and transitioned to modern machinery. The Farmer loved the land, the crops and the rain. He fed America with his beef, pork, corn and beans. Bob knew every tree and bird and the sound of its song. He measured farmland for Sioux County USDA/ Farm Service Association and was a member of the Rock Valley Elevator Board, for a time. It’s hard to say what he loved more; the challenges of these positions, or the opportunity to visit the many farmers in Sioux County.

Bob met Lura Thompson at a dance in Hawarden and married her on 11/15/1953. His last days included instruction to “Take good care of Lura. I love her dearly.” He was a devoted father to his 3 daughters, Kay, Karen and Jayne. They have 10 grandchildren and 23 great grandchildren.

Bob and Lura retired from the farm and moved to Rock Valley in 1980. His beautiful garden became his farm. After retirement, Bob sold DeKalb seed corn and worked at the Rock Valley Hay Sale. Bob and Lura enjoyed traveling around the country on bus tours and to his ancestral Germany.

Husband, Father, Grandfather, he will be remembered for his ability to tell a joke, his integrity, steadfastness and love.

To order memorial trees or send flowers to the family in memory of Robert "Bob" Carl Gayer, please visit our flower store.