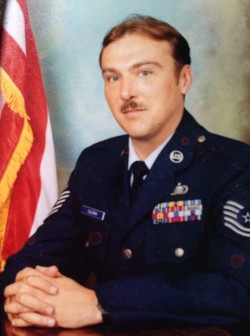 Graveside Military Service will be at 3:00 p.m. Friday, February 23, 2018 at the Grace Hill Cemetery in Hawarden, Iowa. The Porter Funeral Home in Hawarden is assisting the family. Condolences may be sent to www.porterfuneralhomes.com.

Robert Dale Coleman was born January 1, 1954 in Hawarden, Iowa, the son of Neil and Marjorie (Thorpe) Coleman. He graduated from West Sioux High School in 1972. Robert joined the United States Air Force in November of 1972, retiring in January of 1995. He served much of his time in the service in England.

He returned to the United States in 1997 where he worked in various jobs. He enjoyed working and liked his strong coffee!

Survivors include his long time companion Malberta Bousquet and her family: daughters, Marie and Mindy and grandchildren, Michael, Joey, and Laylee; his son, Lee Harris and his fiancé Kelly Palmer and Lee’s children, Ellie and Hayden of Oxford, England; his daughter, Sarah Coleman and her companion Penny Scurr of Oxford, England; 3 brothers, Randy and wife Marilyn of Santa Maria, California, Bruce of Hawarden, and Brad of Le Mars, Iowa; and 2 sisters, Nancy and husband Randy Barker of Sioux City, Iowa and Jackie and husband Lonny Larson of Hawarden.

Robert was preceded in death by his parents; 4 brothers, Ronald, Glenn, Marty, and Cory; and a sister, Peggy.