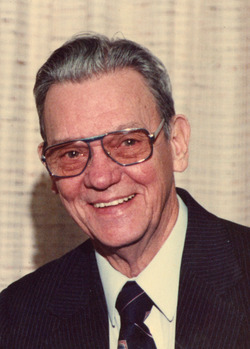 
HUDSON, SOUTH DAKOTA~ Robert Earl “Bob” Iverson passed away peacefully surrounded by his family at Mica Hill Estates in Hawarden, Iowa on Wednesday, February 15, 2017. He was 95 years of age.

Funeral Service will be 10:30 a.m. Tuesday, February 21, 2017 at the Hudson Lutheran Church in Hudson, South Dakota with Rev. Nathan Hanson officiating. Burial with military rites will follow in the Eden Cemetery at Hudson. Visitation will begin at noon Monday, with a Masonic Service open to the public beginning at 7:00 p.m. and a time of sharing and visitation following at the Porter Funeral Home in Hawarden, Iowa. Condolences may be sent to www.porterfuneralhomes.com. In lieu of flowers, please honor Bob’s legacy with donations to Shriners Hospitals for Children, www.shrinershospitalsforchildren.com.

Bob was born October 25, 1921 to Raymond “Kelly” and Inez (Anderson) Iverson in Hudson, South Dakota, where he was raised and graduated from high school.

Bob enlisted in the US Army Air Corps on August 6, 1942 and served in the 94th bomb group during WWII. Bob’s unit was responsible for first installing Radio Detection and Ranging or RADAR on B-17’s. He served in England until the end of the war in Europe. Bob’s journey home brought him to Chicago on October 11, 1945 or VJ Day, where he met the love of his life, Elly Greta Kuhnert.

Bob and Elly lived in Hudson after their marriage on October 12, 1946. Bob managed the Red and White Grocery Store for a time in Hudson, and eventually became Hudson’s Postmaster for about 30 years.

Bob was active in town and county politics during his life in Hudson, and was an enthusiastic member of the Jeptha Masonic Lodge and El Riad Shrine. Bob enjoyed being in the Shrine’s Clown Unit, but his true passion was children, especially those treated at Shriner’s Crippled Children Hospitals, sponsoring five youngsters during his adult life. Bob was an avid philatelist, teaching stamp collecting to school age children, as well as South Dakota State Fair attendees. Bob participated in clown activities and parades in many parts of North America, and always included his bride of 61 years and their children in their travels. When Hudson annually actively celebrated its town, Bob was in charge of some pretty awesome parades through the years. Bob was a 70-year member of Bergstrom Bodeen American Legion Post 128, the Hudson First Congregational Church of Christ, and professional and civic groups. He loved being outdoors, whether camping, fishing, gardening, mowing lawn, or pulling his granddaughters on a toboggan around Hudson’s snowy streets behind his car.

To order memorial trees or send flowers to the family in memory of Robert "Bob" Iverson, please visit our flower store.