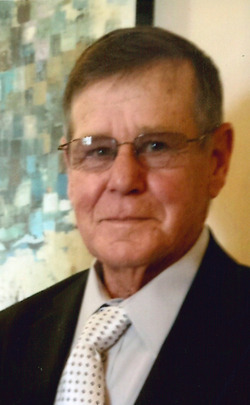 Funeral Service will be 10:30 a.m. Friday, September 29, 2017 at the Associated Church in Hawarden with Rev. Erma Wolf officiating. Burial will follow in the Grace Hill Cemetery. Visitation with the family present will be Thursday, beginning at 5:30 p.m. with a Prayer Service at 7:00 p.m. at the Porter Funeral Home in Hawarden, Iowa. Condolences may be sent to www.porterfuneralhomes.com.

Bob was born September 8, 1947, in Hawarden, Iowa, the son of Harry and Willa (Richardson) Jager. He was raised in Hawarden and baptized in the Lutheran church. He attended and graduated from Hawarden High School in 1965. Bob was the youngest of 11 siblings.

On August 15, 1970, he married Glenda Hodgson in Hawarden. They made their home on a farm outside of Hawarden, where they raised two daughters, Angela and Melissa and became members of the Associated Church.

Bob took great pride in his farm and caring for his livestock. This also allowed him the flexibility to attend his daughter’s school and sporting events. Family was very important to him and he enjoyed the simple life that farming provided. Bob was also active in the church and was always willing to do anything for anyone.

To order memorial trees or send flowers to the family in memory of Robert Jager, please visit our flower store.