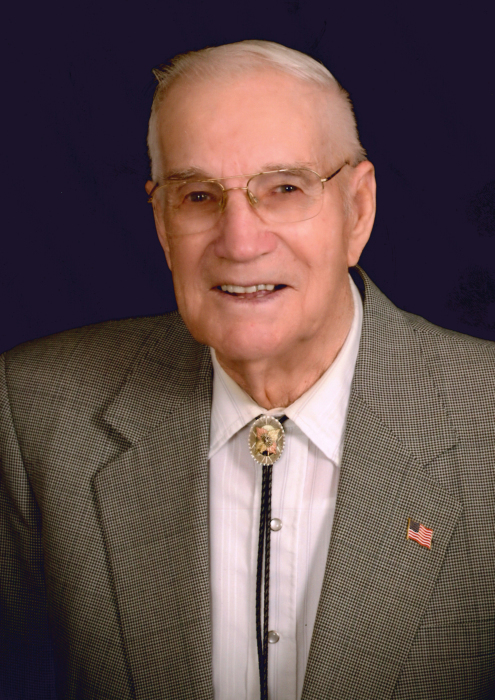 HAWARDEN, IOWA – Robert Moller, 94, of Hawarden, passed away on Tuesday, April 7, 2020 at the Hillcrest Healthcare Center in Hawarden.

Due to state and federal guidance on gatherings due to the COVID-19 pandemic, the family will not be having a public memorial at this time.  A private family graveside service will take place on Friday, April 10th at the Grace Hill Cemetery in Hawarden with Rev. Kevin Jensen of the Nathanael Lutheran Church in Alcester officiating. Public viewing, with no family present, and limited to 10 people at a time practicing social distancing, will be at the Porter Funeral Home in Hawarden from noon to 6:00 p.m. Thursday, April 9, 2020. Condolences may be sent to www.porterfuneralhomes.com.

Robert Moller was born August 20, 1925 near Akron, Iowa, the son of John G. and Johanna (Nielsen) Moller. He served with the US Navy from December of 1943 to June 24, 1946 achieving the rank of EMC3. Robert married Velma M.F. Janssen on November 20, 1949 at the Christ Lutheran Church rural Le Mars, Iowa. Together they farmed southeast of Chatsworth, Iowa until moving to a farm near Alcester, South Dakota in 1965. They moved to Hawarden, Iowa in 1994.

Robert enjoyed fishing and camping with his family. He always enjoyed woodworking, making sure that each family received a rocking horse, wishing well, wagon, or anything from his workshop. Faith and family meant everything to him. Robert and Velma and family attended the St. Matthew’s Lutheran Church in Chatsworth and then the Nathanael Lutheran Church in Alcester, where currently he and Velma are members. Robert was very proud of the fact that they could celebrate 70 years of marriage!

To order memorial trees or send flowers to the family in memory of Robert Moller, please visit our flower store.