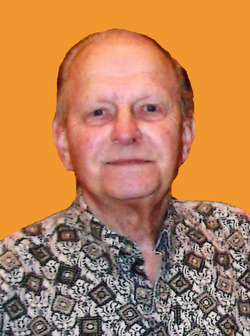 Ronald Wayne Bajema, son of Barney and Johanna (Vanden Bosch) Bajema, was born February 23, 1941 in Rock Valley, Iowa. He grew up on a farm west of Rock Valley and attended Rock Valley Christian School and graduated from Hull Western Christian in Hull, Iowa. He was united in marriage with Evelyn (Voortman) on June 28, 1962, in Rock Valley. Together the couple lived in Rock Valley.

Ron worked at Farmers Elevator for 40 + years before retiring in 2007. He was a charter member of Trinity Christian Reformed Church and served as a deacon, as well as serving on the Western Christian School Board. He enjoyed volunteering at Hope Haven wheelchairs for Hope, and visiting the Senior Citizens Center while he was still physically able.

Ron is survived by his wife Evelyn and their 3 children, Kevin (Sharlene) their children Avery and Nathan of Sioux Falls, South Dakota; Carla (Scott) Houwman, their children Tori and Tyler of Mitchell, South Dakota; and Brian (Cyndi),and their child Jacob, of Minneapolis Minnesota; a sister Alice Kosters of Rock Valley; and two sisters-in-law, Henrietta Bajema of Hills, Minnestoa and Helen Bajema of Sioux Falls; brother-in-law and sister-in-law Dennis (Diane) Van Zee, and sister-in-law Millie Hoekstra, both of Rock Valley.

To order memorial trees or send flowers to the family in memory of Ronald Bajema, please visit our flower store.