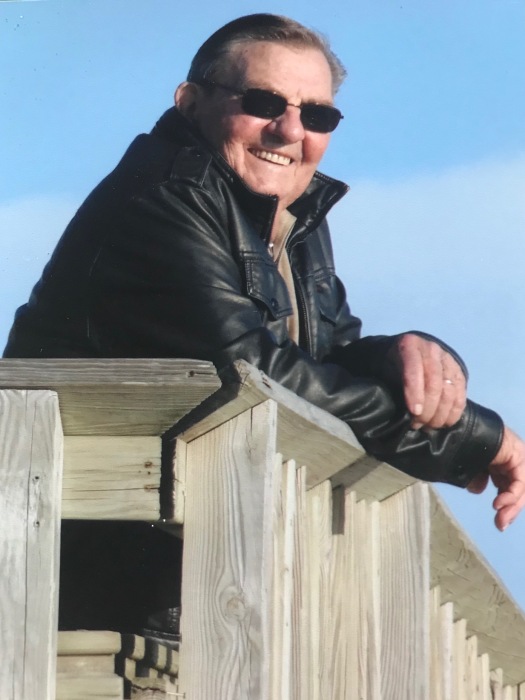 Rock Valley, IA: Ron Serck, 83, of Rock Valley, Iowa, died Wednesday, October 7, 2020, at Hegg Health Center in Rock Valley. In order to properly social distance and because of the current COVID-19 pandemic, graveside services for Ron will be held on Saturday, October 10, at 2:00 PM at Richland Cemetery of Inwood, Iowa. Pastor James Sweers of the Pioneer United Methodist Church will officiate and the American Legion Post of Rock Valley will provide military honors. Visitation will be held Friday, October 9, at the Pioneer United Methodist Church of Rock Valley  from 5:00-7:00 PM. Masks are required for attending services.

In lieu of flowers, Ron and his family are asking you to consider donations to The Arthritis Foundation, the American Diabetes Association or Pheasants Forever.

Ron Serck was born to Albert and Luella (Holtz) Serck on October 16, 1936, in rural Lyon County, Iowa. Ron graduated from Inwood High school and afterward, served in the Army and was stationed in Korea in the late 1950’s.

Ron and Ruth Hauser were married on December 27, 1958, at the Inwood United Methodist Church. Their marriage of over 61 years blessed them with three children: Steven, Julie, and Jason.

After leaving the service, Ron worked a short time at Roorda Manufacturing in Rock Valley. His life then led him to a career with Iowa Public Service (now MidAmerican Energy) where he worked as a Lineman for more than 30 years. After retirement, he enjoyed his part time job at A&I Products.

In his spare time, Ron enjoyed taking care of his lawn and gardens. He always made Mom’s flowers look as beautiful as possible, and the vegetable garden produced an overabundance of food for Mom to can and of course, eat! His lawn always looked impeccable down to the last blade of grass. Ron was an avid woodworker. He spent countless hours building and perfecting many projects. His favorite was the perfect toy barn he painted red and white and included all the accessories. Ron sold many barns to families in the area and each of his children and grandchildren have their own treasures to keep and carry on.  Ron also loved to hunt and fish when the seasons arose. Over the years, he raised and trained three springer spaniels, and his dearest black lab, Mindy, to go hunting with him and his sons. Ron also volunteered thousands of hours to his church.  Years ago, he enjoyed being a part of the Men’s Breakfast group and the lifetime friendships he made.

To order memorial trees or send flowers to the family in memory of Ronald Lee Serck, please visit our flower store.