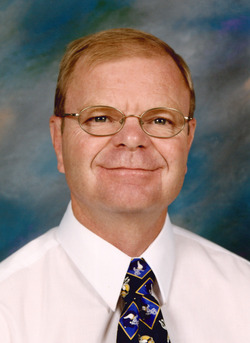 
Sioux Falls, SD: Roy Charles Weber, 69, of Sioux Falls, South Dakota, formerly of Rock Valley, Iowa, died on Thursday, February 08, 2018 at the Dougherty Hospice House in Sioux Falls. Memorial service will be held at 11:00 a.m. Monday, February 12, at St. Mary’s Catholic Church in Rock Valley with Father Douglas Klein officiating. Visitation, with the family present, will be held prior to the service from 9:30 to 10:30 a.m. at the church.

Roy Charles Weber was born February 6, 1949 in Austin, Minnesota, the son of Thomas and Hazel (Warrens) Weber. Roy married Anne Wagner on February 6, 1971. Roy attended college at Mankato State University and received his Master of Education from the University of South Dakota. Roy was an elementary teacher and a high school coach (wrestling and baseball) and Jr. High School football coach. Roy taught at Luverne, Minnesota from 1980 to 1982 and in Rock Valley, Iowa from 1982 to 2010 (28 years).

Roy was preceded in death by his parents, Thomas and Hazel; and brothers, Andrew Lamb and George Lamb.

Burial of cremated remains will be held at a later date at Calvary Cemetery in Austin, Minnesota.

To order memorial trees or send flowers to the family in memory of Roy Weber, please visit our flower store.