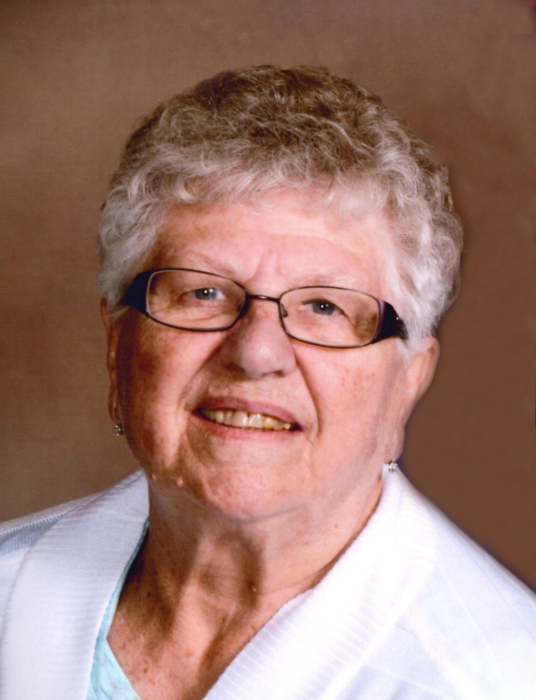 Funeral services will be held on Tuesday, November 26 at 10:30 am at the New Life Assembly of God Church in Inwood with Pastor Tim Larson officiating. A private family burial will take place prior to the service at the Richland Cemetery east of Inwood. Visitation will be on Monday, November 25 from 5:00–7:00 pm with the family present at the Porter Funeral Home in Inwood, Iowa.

The Kooima family prefer memorials be directed to Fellowship Village of Inwood, Iowa.

Rozenda Jeanet Kooima was born January 17, 1937, near Sioux Center, Iowa, the daughter of Henry and Hermina (De Boer) Bartels. She grew up in Sioux Center and graduated from high school in 1954. While living at home she worked with her parents at Central Café and also worked grading eggs at Co-op Produce.

She was united in marriage to Sebertus Kooima in 1956. They were blessed with five children. Rose was a homemaker for much of her life. She also worked at K-Products for 22 years. She served as a member of the Fellowship Village Auxiliary. She was a founding member of her church and remained active, teaching Sunday School and serving as Sunday School superintendent for many years. She enjoyed hosting family gatherings and was famous for serving plenty of delicious comfort food.

Rose and Sebertus farmed for 49 years east of Inwood, retiring to town in 2008. For the last several years they wintered near family in California. They moved to Fellowship Village in August of this year.

To order memorial trees or send flowers to the family in memory of Rozenda "Rose" Jeanet Kooima, please visit our flower store.