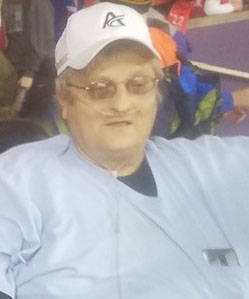 Russell Douglas “Dandy” De Vos was born June 20, 1952 at Hudson, South Dakota, the son of Russell and Faye (Dougherty) De Vos. In the early 1970’s he began working for Vernon Eilts at the feedlot near Ireton, Iowa. He then went to work for Keiser Construction in Hawarden, and later for Van Buskirk Construction, having helped build the Iowa Hawkeyes Fieldhouse.

He was an avid West Sioux Falcon fan and greatly enjoyed watching their 2018 football championship game. He loved his Minnesota Vikings and putting together his “Super Bowl Betting Board”. Dandy also liked to buy, sell, and trade many different items.

He is survived by his sister, Vicki (Rod) Hodgson of Ireton, Iowa; nieces, grand-nieces and grand-nephews; and many dear friends.

Dandy was preceded in death by his parents.

To order memorial trees or send flowers to the family in memory of Russell "Dandy" Douglas De Vos, please visit our flower store.