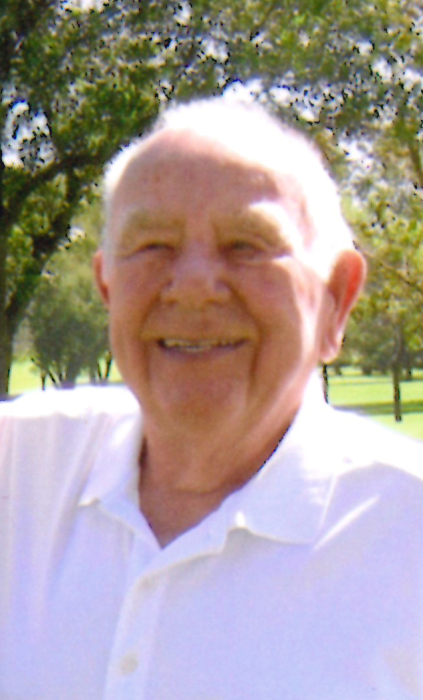 Hawarden, Iowa – Russell Roy Solberg, 89, of Hawarden, passed away on Friday, March 15, 2019 at his residence in Hawarden.

Funeral Service will be 10:30 a.m. Wednesday, March 20th at the American Lutheran Church in Hawarden with Rev. Erma Wolf officiating. Burial with military honors will follow in the Grace Hill Cemetery. Visitation with the family will begin at 6:00 p.m. Tuesday with a Prayer Service at 7:00 p.m. at the church. Condolences may be sent to www.porterfuneralhomes.com. The family prefers memorials be directed to the Hawarden summer rec youth golf program in care of the City of Hawarden.

Russell Roy Solberg was born December 9, 1929 in Moorhead, Iowa, the son of LA “Shorty” and Alice (Ulven) Solberg. He served in the United States Air Force from August 1948 to July 1952. Russ graduated from Wayne State College in 1956.

He married Nola Burns on March 22, 1958 at Nebraska City, Nebraska. Russ started out teaching in Herman, Nebraska from 1956 to 1958 where he was the Head Coach and Athletic Director bringing the Basketball team, Baseball team and the Track team all to be state tournament teams. He also coached Girls Volleyball there. They then moved to Underwood, Iowa from 1958 to 1969 where he was the Athletic Director, Basketball and Baseball coach. They finally landed in Hawarden, Iowa in 1969 where he taught and coached Boys and Girls Basketball, Cross Country, Girls Golf and Girls Track, along with being the Driver’s Education instructor, until retiring in 1991. He was an avid golfer and woodworker. Russ was a long-time member of the Hawarden American Lutheran Church.

He is survived by his wife, Nola; 4 sons, Randy and wife Sandy, Robert, Ronnie, and Roger and wife Audrey; 2 daughters, Robin Prothero and husband Ron and Shelly Schurman and husband Jeff; brother, Jerry and wife Sharon; 23 grandchildren; and 13 great-grandchildren.

Russ was preceded in death by his parents; 2 brothers; and 1 sister.

To order memorial trees or send flowers to the family in memory of Russell Roy Solberg, please visit our flower store.