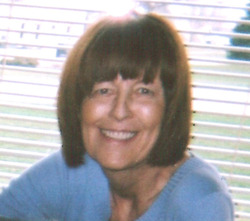 Visitation with the family will begin at 6:00 p.m. Thursday, February 1, 2018 followed by a Prayer Service at 7:00 p.m. at the Porter Funeral Home in Ireton, Iowa. Rev. Dave Daumer of the Faith Lutheran Church in Orange City will be conducting the Prayer Service. Condolences may be sent to www.porterfuneralhomes.com.

Sandy Iles was born February 22, 1950 in Hawarden, Iowa, the daughter of Jack and Helen (Reid) Ping. She married Terry Shipp in Ireton, Iowa.

Sandy relocated to Arizona in 1983 where she was an assistant manager at a women’s fashion store. She returned to Ireton in early 2000’s and following the death of her father in 2016, she moved to Orange City, Iowa. She attended the Faith Lutheran Church in Orange City. Sandy enjoyed her Yorkshire Terrier dogs.

To order memorial trees or send flowers to the family in memory of Sandy Iles, please visit our flower store.