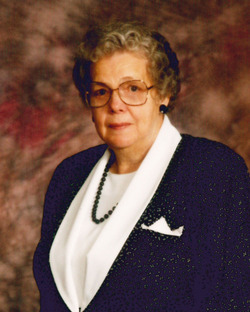 
HAWARDEN, IOWA ~ Shirley A. Bockelman, 88, passed away on Monday, May 29, 2017 at the Northern Hills Assisted Living in Sioux City, Iowa.

Funeral Service will be 10:30 a.m. Thursday, June 1, 2017 at the American Lutheran Church in Hawarden with Rev. Erma Wolf officiating. Burial will follow in the Grace Hill Cemetery. Visitation will be after 2:00 p.m. Wednesday, with the family present beginning at 5:30 p.m. and a prayer service at 7:00 p.m. at the Porter Funeral Home in Hawarden. Condolences may be sent to www.porterfuneralhomes.com.

Shirley A. Bockelman was born February 22, 1929 in Craig, Iowa, the daughter of William and Anna (Westergard) Van Buskirk. She was baptized and confirmed at St. John Lutheran Church in Craig. Shirley grew up on a farm during the Great Depression and went to a one room school, not far from the farm in Plymouth County.

After finishing her education, she worked at Central Café in Hawarden, Iowa where she met her future husband Clarence Bockelman. They married November 24, 1948 at St. Mary’s Rectory in Hawarden.

They farmed together and raised their five children outside of Hawarden. Shirley helped with all the farm chores, drove tractors, worked, and cooked every day. Shirley was known for raising chickens and selling her eggs. Also, Shirley was known for her clean house and made most of her famous food from scratch, no recipes! Carrot cake, brownies, and sour cream raisin bars-a few of her specialties.

In 1983 Clarence and Shirley retired to Hawarden and lived in their new home built by their son Darwin. Clarence passed away August 22, 1990.

Shirley stayed in her home until January of 2015 when she moved to Northern Hills Assisted Living in Sioux City, where she received the best of care.

She was preceded in death her parents; husband; 5 brothers, Frank, Jesse, William, Roland, and Lloyd; 3 sisters, Hazel, Helen, and Charlotte; and a grandson. Jonah Bockelman in infancy.

To order memorial trees or send flowers to the family in memory of Shirley Bockelman, please visit our flower store.