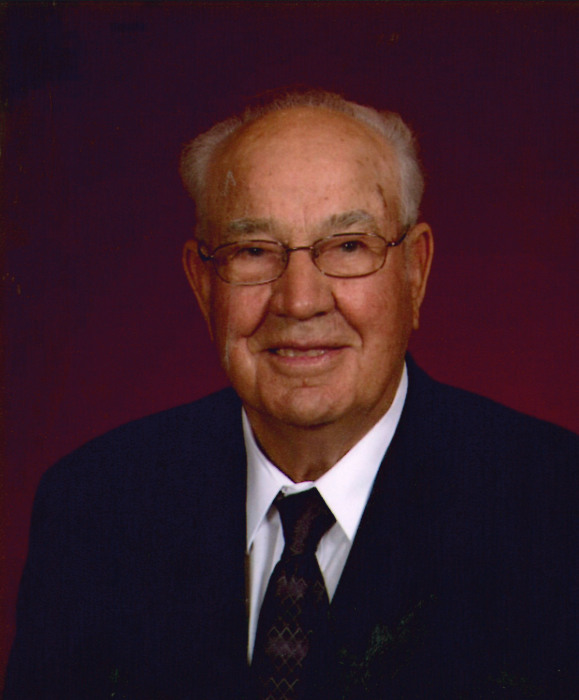 Simon Groeneweg, son of Bastiaan and Lyda (Vanden Bosch) Groeneweg, was born March 8, 1923 near Sioux Center, Iowa. Simon served his country as a member of the United States Army during World War II. Three years after returning from the war, on July 7, 1949, Simon was united in marriage with Judy Vande Hoef. For 13 years the couple lived northeast of Rock Valley, Iowa, where Simon and his brother John farmed the homeplace. Simon and Judy then moved to a farm west of Rock Valley in 1963 where they lived until moving into town in 1979. In 2017 the couple moved to Four Seasons in Rock Valley and on March 23, 2019, Simon moved to Whispering Heights in Rock Valley.

Simon loved farming and all that came with it. He enjoyed planting and harvesting the grain, but he also loved raising livestock. While working on the farm he enjoyed the task of trying to fix things or making something out of nothing. Even after moving to town, Simon was heavily involved in the farming operation until his death.

To order memorial trees or send flowers to the family in memory of Simon Groeneweg, please visit our flower store.