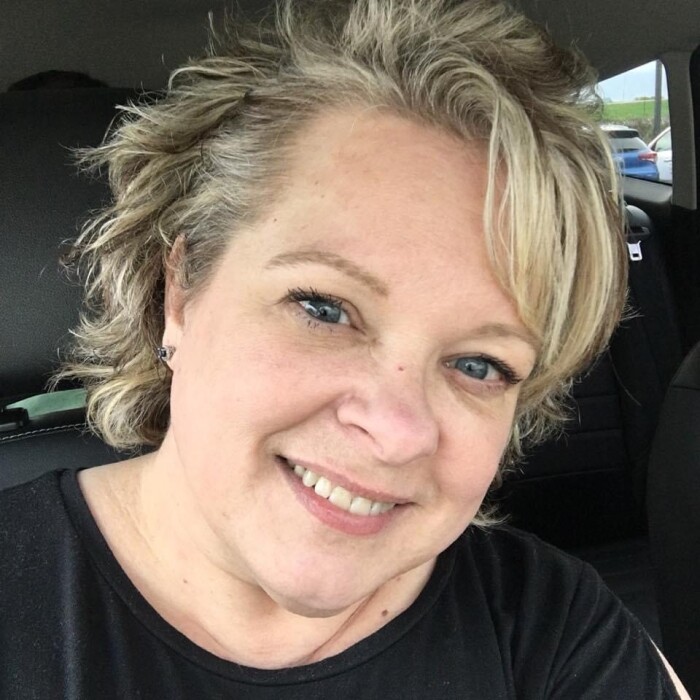 Hawarden, IA: Staci Ann (Janssen) Birmes, 50, of Hawarden, Iowa, passed away Thursday, April 8, 2021, at her home following a short illness and complications of Covid-19. Funeral services will be held Saturday, April 17, at 11:00 AM at Trinity Lutheran Church (LCMS) in Hawarden with Rev. Joshua Lowe officiating. The service will be livestreamed on the church’s Facebook page, https://www.facebook.com/Trinity-Lutheran-Church-Hawarden-Iowa-488219401207030. Visitation will be held prior to the service from 9:30-10:30 AM at the church. Inurnment at Grace Hill Cemetery in Hawarden will be held at a later date. The family requests that social distancing be practiced and masks be worn at the visitation, funeral, and the luncheon when not eating. Porter Funeral Home of Hawarden is assisting the family with arrangements.

Staci Ann (Janssen) Birmes, daughter of Marlin and Barbara (Eckert) Janssen, was born August 25, 1970 at Windom, Minnesota. Staci spent her early years in Windom and Sioux City, Iowa, before the family moved to Hawarden, Iowa in 1977. Staci graduated from West Sioux High School in 1989. After high school, Staci fulfilled her dream of becoming a nanny. She worked for families in Georgia and Wyoming before ending up in Chicago, where she met her husband, Dennis Birmes. The couple married on September 17, 1994 at the Lutheran Church in Skokie, Illinois. They moved to Hawarden in 2012. The couple shared many happy years together with their two children, Ashlee and Dylan. Dennis passed away December 30, 2014.

Staci enjoyed working for several years in an optometrist office. Her favorite part of the job was interacting with the clients. She loved the clients and spoke fondly of them. Staci would always worry if she hadn’t seen them in a while. When she was no longer able to work she would often comment on how she missed seeing them.

Staci loved crafting of all kinds and finding fun new things to create. She and her family spent many hours laughing and having fun. The last couple years, her grandson, Cooper, brought her the most joy. Staci was looking forward to meeting her new grandchild this coming September.

To order memorial trees or send flowers to the family in memory of Staci Ann Birmes, please visit our flower store.