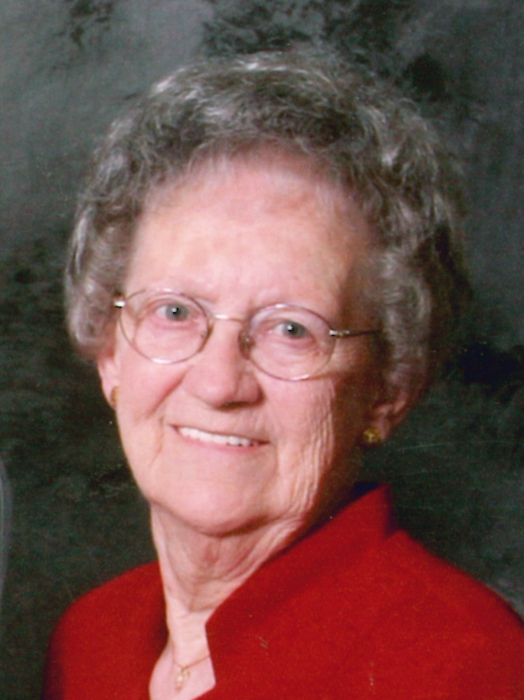 Doon, IA: Theo Keizer, 90, of Doon, Iowa, died Thursday, October 24, 2019, at Fellowship Village in Inwood, Iowa. Funeral services will be held Monday, October 28, at 10:30 AM at Doon First Reformed Church with Pastor Rob Horstman officiating. Burial will follow at Hillside Cemetery of Doon. Visitation, with the family present, will be held Sunday, October 27, at Porter Funeral Home of Rock Valley from 2:00-3:30 PM. Condolences may be left for the family at www.porterfuneralhomes.com.

Theo Niemeyer was born on February 3, 1929 to Walter and Hendrika (Van Grootheest) Niemeyer near Montpelier, North Dakota. Theo lived as a girl near Fairview, South Dakota, Larchwood, Iowa, and Inwood, Iowa. Theo was united in marriage to Dick W. Keizer on October 1, 1948, in Rock Rapids, Iowa. She was a homemaker and helped Dick on the farm north of Doon. They moved into the town of Doon in 1970. Theo worked at Coilcrafting in Canton, South Dakota, and in housekeeping in Valley Manor in Rock Valley, Iowa for 24 years. She also did housekeeping in this area and in Sioux Falls, South Dakota until she retired. She was active in various women’s organizations at the First Reformed Church in Doon. She enjoyed the fellowship she had with friends and neighbors and enjoyed working with her flowers during the summer. Her grandchildren and great-grandchildren brought her much joy in life.

To order memorial trees or send flowers to the family in memory of Theo Keizer, please visit our flower store.