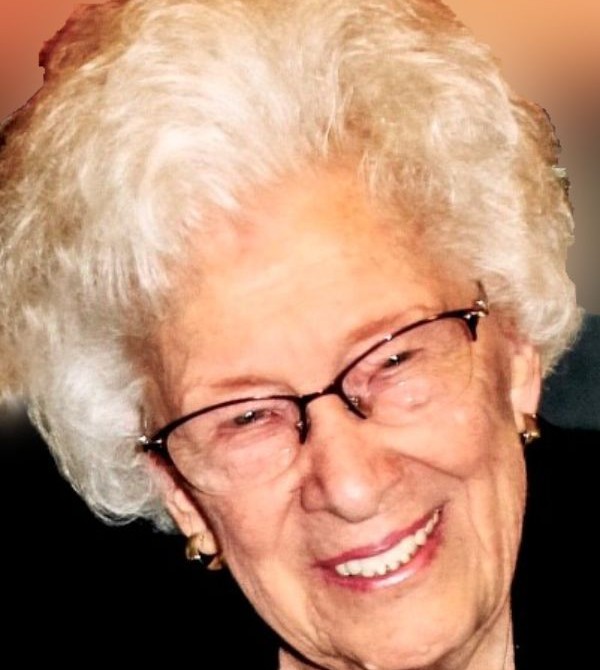 Funeral Service will be 11:00 a.m. Tuesday, March 22, 2022 at Nathanael Lutheran Church in Alcester, South Dakota with Rev. Kevin Jensen officiating. Following a luncheon, burial will be at Grace Hill Cemetery in Hawarden, Iowa. Visitation with the family will be from 5:00 p.m. to 7:00 p.m. followed by a Prayer Service at 7:00 p.m. on Monday at the Nathanael Lutheran Church. The Porter Funeral Home in Hawarden is assisting the family. Condolences may be sent to www.porterfuneralhomes.com. The funeral service will be livestreamed at https://www.youtube.com/channel/UCtV4CYJ4Tjty6JDdyc0uECw/featured.

Velma M.F. Janssen was born June 24, 1930 in LeMars, Iowa, the daughter of Dietrich “Dick” and Anna (Beitelspacher) Janssen. She grew up on a farm in Plymouth County and attended country school. She and her brothers would walk the two miles to school or when the weather was nice ride a pony. She graduated from Hawarden High School in 1948 and while in high school she lived in a boarding house in Hawarden.

Velma married Robert Moller on November 20, 1949 at the Christ Lutheran Church near LeMars. They lived in Chatsworth, Iowa before moving to a farm southeast of Chatsworth. While living near Chatsworth, Velma was very active in St. Matthew Lutheran Church along with raising their children. The family moved to a farm near Alcester, South Dakota in 1965. Velma worked side by side with her husband as they farmed and also milked dairy cattle from 1965 to 1980. Robert and Velma retired into Hawarden in 1994. Robert died on April 7, 2020 and Velma made the move to Alcester Care and Rehab Center in August of 2021.

Robert and Velma were faithful members of Nathanael Lutheran Church in Alcester. She enjoyed making quilts for her grandchildren and great-grandchildren until she was unable to. Later in life, Robert and Velma enjoyed camping, playing cards, dancing, and taking trips with their friends. While living at the care center, Velma continued to participate in the activities, including the special lunch outings.

One of Velma’s special memories include being asked as a young women to chaperone a youth trip to Florida. Another memory, later in life, was winning a new car on one of their outings to a casino!

Velma was preceded in death by her parents, Dick and Anna Janssen; husband, Robert; 2 brothers, Walter and wife Wanda and Melvin and wife Joyce; and sister-in-law, Lois Janssen.

To order memorial trees or send flowers to the family in memory of Velma M.F. Moller, please visit our flower store.
Open