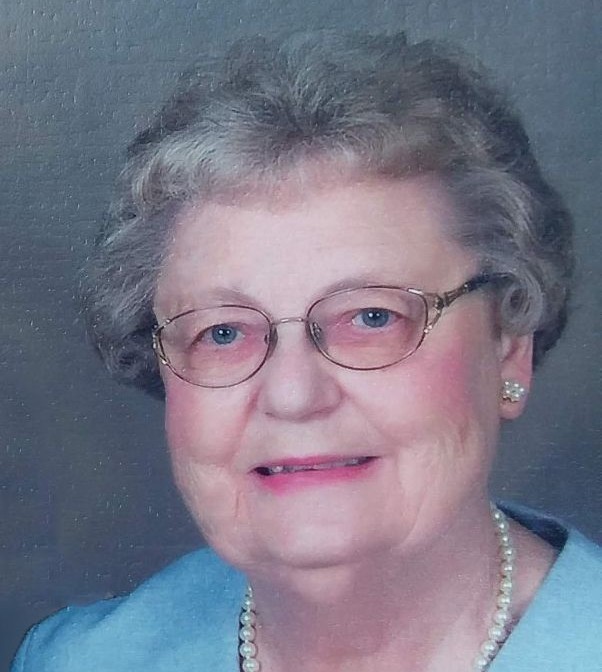 Verla Mae (Vipond) Anderberg, daughter of Chester and Minnie (Allen) Vipond, was born January 5, 1929. She went to school in the Hawarden, Iowa and Hudson, South Dakota area through the 12th grade. She worked for the Jack and Elsie Borchers and Swanson Families when she was very young. Verla had fond memories working for them but felt she needed to “spread her wings” and this led her to move to Denver, Colorado. She worked for a short time at a law office until obtaining a secretarial job in the housing office at the University of Denver. Verla was proud of the fact she was proficient at shorthand and typing skills. She truly loved her job and the people she worked with and knew many of the students by name. While working at the university, her sister and brother-in-law were married in Denver to which Verla attended the wedding as did the groom’s brother, Herb Anderberg. They were all from the Hawarden/Hudson area and knew of each other. Verla and Herb were eventually married in Denver on June 22, 1957. Verla decided to pause her career to be a homemaker for Herb and their two children, Robert and Lori. Many years later Verla returned to her secretarial career.

Verla was a fantastic baker and a tremendously good cook. She was very meticulous and kept the family home spotless and provided encouragement and structure to the lives of her loved ones and taught them to always be independent. Verla was tremendously talented at sewing and made many clothes for her family and barber smocks for Herb. She was so happy and proud to design and sew the beautiful wedding dress for her daughter Lori’s wedding.

Verla’s talents were not only inside the home but also outside. She beautified the family home with hundreds of flowering plants in the garden in Denver and many people would come from blocks around to marvel at the beauty she had created each year. Soon after retirement, Verla and Herb moved out of the city as it was getting too big for them and they relocated to Fremont, Nebraska so they could be halfway between their two children. They later moved to Yankton, South Dakota to be close to Robert as they needed help in their ageing years.

Verla had multiple myeloma cancer for over 20 years and fought it into remission on at least 3 occasions. A truly astonishing feat! She never let it bother her whenever she had to have treatments for many months. She was being watched over from Heaven above. Verla will always be remembered for her long list of talents and being helpful to others, especially her family. Verla was a superb mother to her kids and a fantastic wife to her husband, Herb.