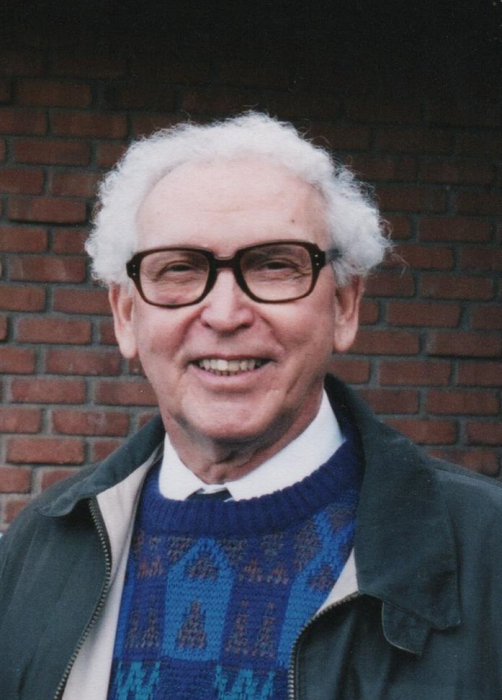 Vernon “Vern” Harmelink, 90, of Phoenix, Arizona, formerly of Rock Valley, Iowa, died Thursday, July 16, 2020, at Abrazo West Campus Community Hospital in Goodyear, Arizona.  A memorial service will be held on Saturday, August 1, 2020, at 10:00 AM at the First Reformed Church of Rock Valley, Iowa, with Rev. Dr. Verlyn Boone officiating.  The service will be available on livestream on the church website at www.rvfrc.org.  Following the memorial service burial with military honors will be held at 11:00 AM at Valley View Cemetery of Rock Valley.  Social distancing is encouraged at all services. Porter Funeral Homes is assisting the family with funeral arrangements. Condolences may be sent to www.porterfuneralhomes.com.

Vernon Harmelink, son of Gerrit Jan “John” and Janke “Jeannette” (Zwanenburg) and the 20th of 21 children of John, was born on January 31, 1930, at home on the family farm in Sioux Township, Sioux County Iowa. He graduated from Rock Valley High School in 1947, from Central College in Pella, Iowa, with his bachelor’s in English in 1953, and from the University of Iowa, in Iowa City, Iowa, with his master’s in English in 1960.  In 1953 he was sworn into the United States Navy and served during the Korean Conflict until 1957, but remained in the Reserve until his retirement in 1975.  He was united in marriage to Sondra “Sondi” Jean (Einfeldt) on July 25, 1970, in Boden, Preemption Township, Illinois.  Vernon made his career in teaching, from a one-room country school house in Sioux County, Iowa, to instructing college English at the State College of Iowa (now Univ of Northern Iowa), and on to DoDDS (Department of Defense Dependent Schools) teaching high school English and Journalism in Europe and Asia.  He retired from teaching in 1995, and eventually moved with Sondi to Phoenix, Arizona, where he spent his retirement making daily trips to Starbucks and doing extensive genealogical research.

Traveling and family were Vernon’s two passions.  During his time in the Navy and while he lived abroad with DoDDS he explored many countries and their diverse cultures.  Oh, the stories Vern could tell.  When he wasn’t traveling Vern spent his time tracing the genealogy of his large family tree.  Gathering the family for annual reunions became more than a passion for Vern, it was his mission—a successful one, at that.  He was a long-time member of the First Reformed Church of Rock Valley, Iowa, and at the time of his death was a member of The Church at Litchfield Park, Litchfield, Arizona.

In lieu of flowers, donations can be made to the Alzheimer’s Association and sent to Porter Funeral Homes, PO Box 39, Rock Valley, IA 51247.

To order memorial trees or send flowers to the family in memory of Vernon Harmelink, please visit our flower store.