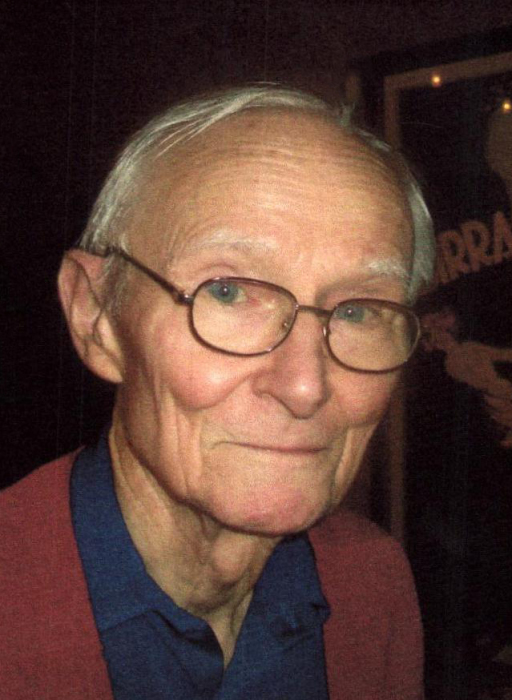 Virgil was born and raised in Ireton, Iowa. He was the son of Edward and Luella Heidbrink. He is survived by his sister, Ruth M. Tallman of Colora, Maryland; four nephews; three nieces; and numerous great and great-great-nieces and nephews.

He graduated as salutatorian in a class of 27 students from Ireton High School in May 1943. He attended the National Business Training School in Sioux City, Iowa. Thereafter, he graduated Magna Cum Laude from the University of South Dakota, Vermillion, with a major in government (with emphasis on economics and history) and minors in Education, French and Spanish. He then graduated from the American Institute for Foreign Trade at Phoenix, Arizona, in which he studied foreign trade, accounting, marketing, and Spanish. Virgil was a member of Phi Beta Kappa and Phi Eta Sigma. He received third prize (honorable mention) in the Caldwell contest for editorials on American foreign policy. He continued to study throughout his adult life as knowledge is empowerment. Virgil spoke fluent Spanish, played piano, and in his later years gave presentations to help people sell successfully, postpone procrastination, polish the Gold of the Senior Years and grow golden age glee.

Virgil proudly served in the United States Army medical department. He became a clerk and later sergeant major of a general hospital with administrative duties. He was awarded a Bronze Star. He participated in the Army Reserves in which he held the rank of master sergeant and eventually retired from the Army. He resided most of his life in Dallas, Texas and was a success in business, sales, and public speaking. He received numerous awards and recognition as “the epitome of salesmanship” with Hammermill Papers in which he dedicated 36 years in the sales force. He was known fondly as “Mr. Southwest.” He was a member of Trinity Toastmasters and served as Public Communication Chairman with Toastmasters International. He made many contributions to different charities throughout his life and was recognized by VISTA Citizens Corp for his dedication in reducing poverty. He also was a very active member of the Rotary Club.

In Loving Memory, Virgil will be missed by his family, friends, colleagues, and caregivers. He will be remembered for his acts of kindness, generosity, spirituality, the love of his country, his great sense of humor, as well as his upbeat energy and smile. He was a classic example of a “Christian” and lived his life to the fullest. The Prayer of Saint Francis is a remembrance of Virgil’s worldly life.

A graveside service will be held at Pleasant Hill Cemetery in Ireton, Iowa, on Saturday, November 2, 2019, at 3:00 PM with Rev. Michael Boothby officiating. Military Funeral Honors will also be rendered at the service. Family and friends are welcome. In lieu of flowers, donations can be made to St. Paul’s Lutheran Church of Ireton.

To order memorial trees or send flowers to the family in memory of Virgil Eugene Heidbrink, please visit our flower store.