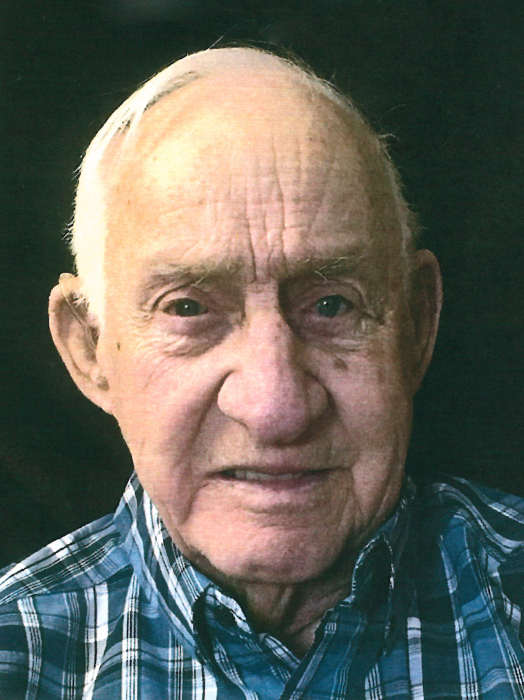 Inwood, Iowa: Walter Edmund Matzen, passed away on Tuesday, July 7, 2020, at Fellowship Village in Inwood, Iowa at the age of 97. After several months of declining health, Walt died peacefully with his wife Marion, by his side. Visitation will be from 7 to 8 pm on Friday, July 10th at the Porter Funeral Home in Inwood. The funeral service will be held on Saturday, July 11th at Bethlehem Lutheran Church in Inwood, beginning at 11 am. There will be a graveside service following the funeral, with lunch served at Bethlehem Lutheran Church following the graveside service. Visitation and the funeral are open to the public, however social distancing and face masks are encouraged (please provide your own mask). In lieu of flowers, memorials may be directed to Bethlehem Lutheran Church or Fellowship Village, both in Inwood, Iowa. Condolences may be left for the family at www.porterfuneralhomes.com.

Walter, son of Friedrich Wilhelm and Bertha (Pries) Matzen, was born in rural Hinton, Iowa on December 4, 1922. He grew up on farms near Fairview, South Dakota and Inwood, Iowa and graduated from Inwood High school in 1941.

In July of 1944, he joined the Navy, serving in World War II in the Navy Armed Guard. Before the war was over and when he had a leave while in the states, he married the love of his life, Marion Roland on March 28, 1946. In June of 1946, with World War II over, he and Marion moved to the Inwood area, where he farmed until he retired. Once retired, he and Marion moved into Inwood.

Walt enjoyed serving on various boards in the community, was a 4H leader and an active member of Bethlehem Lutheran Church. He enjoyed bowling, golf, playing pool, along with playing cards with many friends and family. He and Marion enjoyed many years of ballroom dancing. Walt and Marion loved to travel; visiting all 50 US states. One of his favorite trips was to Germany to see cousins that he had never met previously.

To order memorial trees or send flowers to the family in memory of Walter E. Matzen, please visit our flower store.