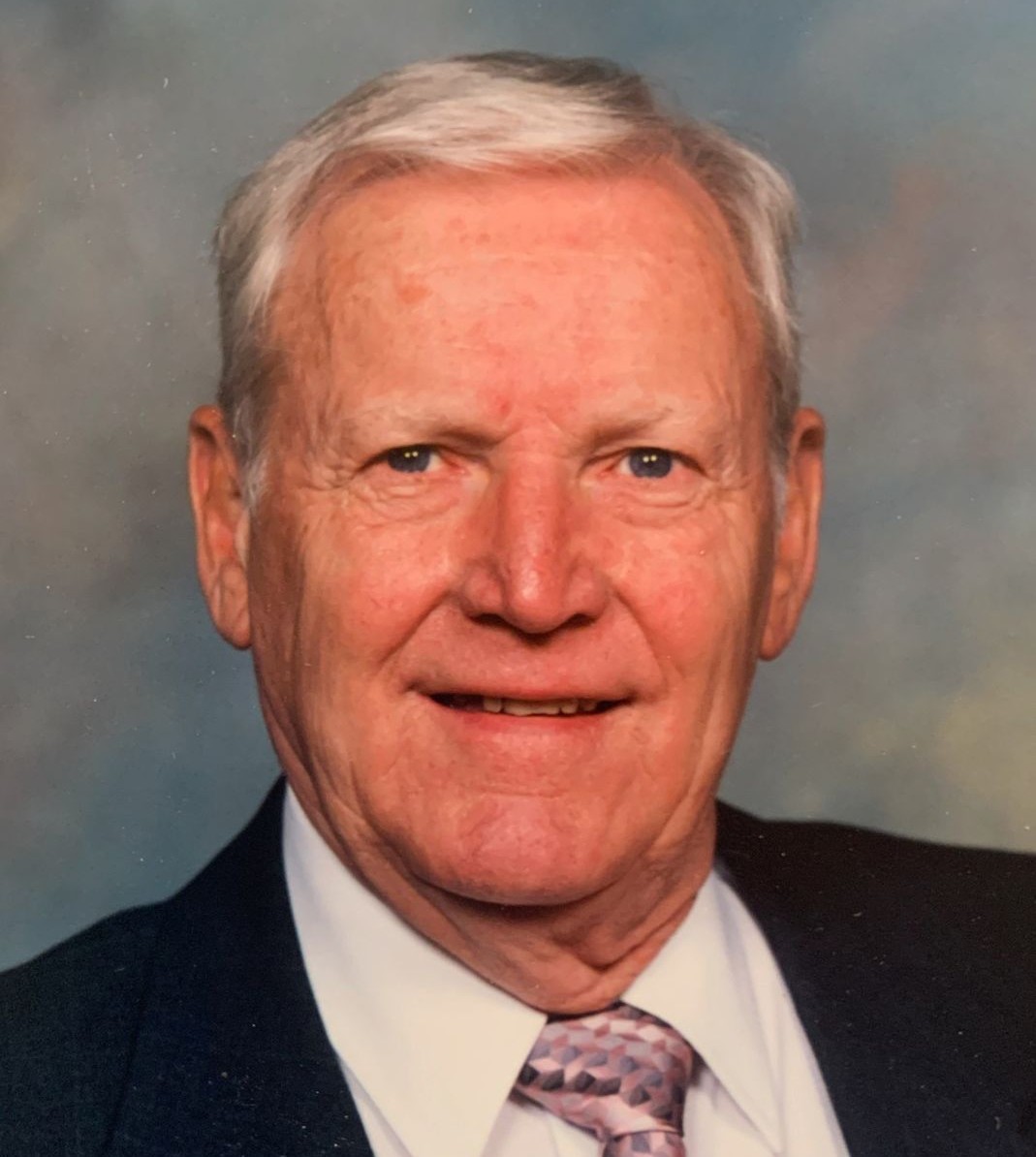 Rock Valley, IA: Wilfred (Willie) Jonker, 88, of Rock Valley, IA, died Wednesday, August 31, 2022, at Avera McKennan Hospital in Sioux Falls, SD. Funeral service will be held Saturday, September 3, at 11:00 AM at Calvin Christian Reformed Church with Rev. Gideon Wamala officiating. The service will be livestreamed at https://calvincrcrv.sermoncloud.com/live. Burial will follow at Valley View Cemetery of Rock Valley. Visitation, with the family present, will be held prior to the funeral service on Saturday from 9:30-10:30 AM at Calvin CRC.

Memorials may be directed to Hope Haven (https://www.hopehaven.org/). Porter Funeral Home of Rock Valley is assisting the family with arrangements.

Wilfred (Willie) Jonker was born Sept 9, 1933 to Henry and Bertha (De Beer) Jonker in the Jonker family farm house several miles northwest of Orange City, IA. This is the same house in which his dad was born. Willie passed away peacefully at Avera McKennan Hospital in Sioux Falls, SD on August 31, 2022.

Willie grew up in the Orange City area, attended the OC Christian School and then graduated from Western Christian High School in Hull, IA in 1951. After graduation, he had several odd jobs before he was employed at Sioux Oil Motor Co. and later with Al’s Floor Covering in Orange City. In 1952, he met Gert Harmsen of Rock Valley, IA at the Orange City Roller Rink. Together they skated in circles for two years before marrying on August 10, 1954. They established a home in Orange City and had three daughters, Gina, Mary and Brenda. In 1963, he purchased the Kragt Furniture in Rock Valley and changed the name to Jonker’s Furniture. He owned and operated the store until his retirement in 2005.

Willie was a member of the First Christian Reformed Church in Orange City for the first 30 years of his life. He became a member of the Calvin Christian Reformed Church after moving to Rock Valley. Willie enjoyed watching his children and grandchildren grow in their own faith in Jesus Christ. They all have fond memories of visiting with him about their activities, jobs and children. Gert and Willie together enjoyed many years of bowling, fishing, golfing and ballroom dancing together with their friends.

Willie truly loved God’s creation by spending many hours outdoors hunting, fishing, hiking, and fur trapping. He also served for 10 years on the Sioux County Conservation Board. Annual fishing trips to Canada with his brother, uncle and many Rock Valley buddies was a highlight he looked forward to. In the fall of the year, it was a common sight to see the Jonker’s Furniture truck along the creeks and rivers while he was trapping furbearers. Willie also enjoyed feeding and watching birds in his backyard, waiting each spring for the return of his Purple Martins, and scouting Eagle activity and their habitats throughout the Sioux County area.

In 1977, the Milwaukee Railroad discontinued service through Rock Valley and began to dismantle all tracks and structures. In order to save the bridge over the Rock River just west of town from being dismantled, Willie and a friend, Bill Van Maanen, purchased the bridge from the salvage company. It was later bought by the Rock Valley Kiwanis, and now it stands there as a key fixture of Rock Valley’s scenic hiking trail.

Willie was survived by two daughters; Mary Dippold and her husband Terry of Urbandale, IA and Brenda Elgersma and her husband Barry of Sioux Falls, SD; as well as his seven grandchildren, their spouses and 17 great grandchildren; sister Faye Pluim of Sioux Center, IA; brother Terry and his wife Jan of Harrisburg, NC; sister in law Caroline (Art) Jonker of Hawarden, IA; and brother in law Bernard Hietbrink of Bella Vista, AR.

To order memorial trees or send flowers to the family in memory of Wilfred "Willie" Jonker, please visit our flower store.
Open