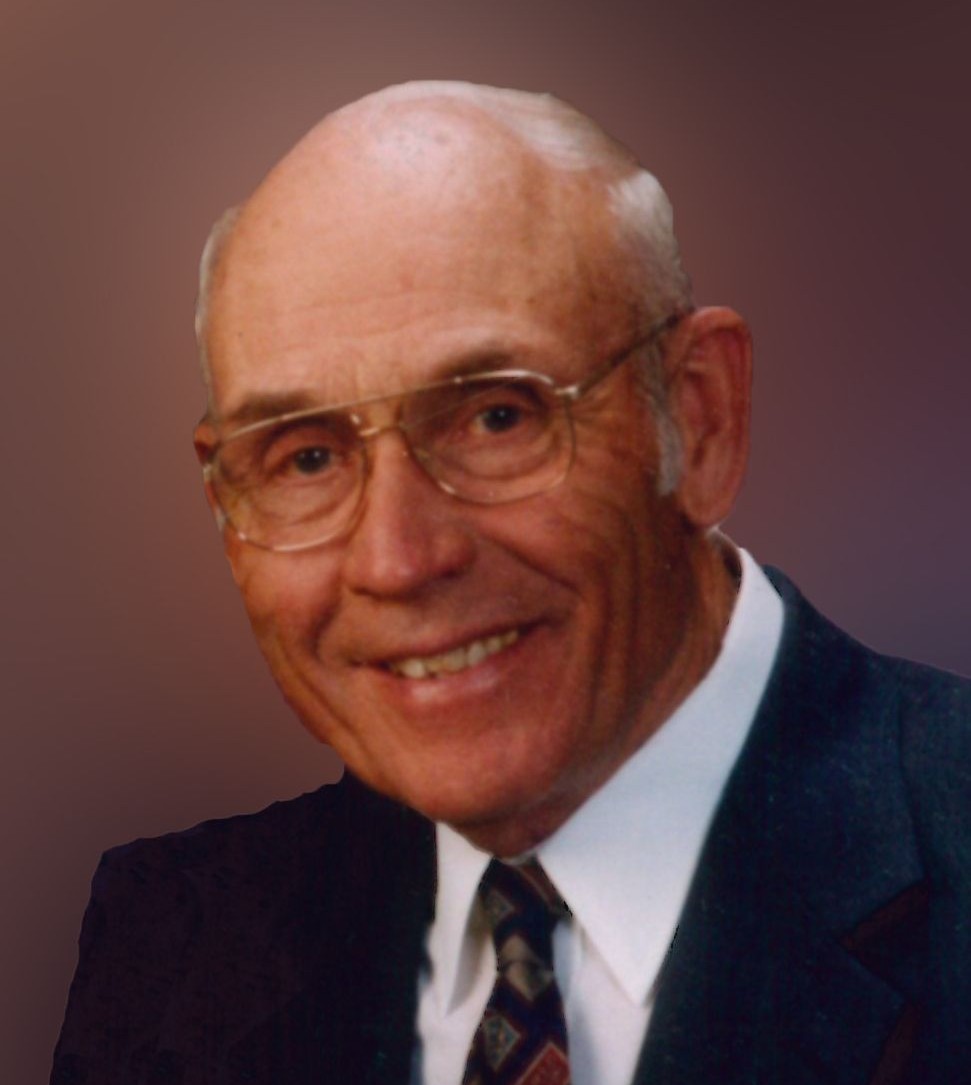 Inwood, IA: William “Bill” Rozeboom, 98, of Inwood, Iowa, died Thursday, April 21, 2022, at Fellowship Village in Inwood. Funeral services will be held Tuesday, April 26, at 2:00 PM at the Netherlands Reformed Congregation in Rock Valley, Iowa with Rev. J.J. Witvoet officiating. Burial will follow at Valley View Cemetery of Rock Valley. Visitation, with the family present, will be held Monday, April 25 from 6:00-7:30 PM at Porter Funeral Home of Rock Valley. Memorials may be given to the Netherlands Reformed Christian School.

William “Bill” Rozeboom was born April 29, 1923 near Alvord, Iowa, the son of Leendert and Hattie (Van Der Weide) Rozeboom. Bill lived on farms near Alvord and Fairview, South Dakota when he was growing up. He attended school through the eighth grade. Bill served in the U.S. Army from April 7, 1945 to December 5, 1946 with time spent in Japan.

Bill married Jacoba “Jackie” Van Zweden on December 23, 1947 in Rock Valley. Together they lived in Rock Valley and Sioux Falls, South Dakota. He drove truck for Van Voorst Transfer of Rock Valley and Dan Dugan Transport of Sioux Falls for many years, retiring for the first time in 1983. In 1984, Bill started driving school bus for the Netherlands Reformed Christian School and continued to drive for 21 years. In 1984 he also started working at the Rock Valley Hay Auction until 2008, when he finally retired. Bill and Jackie moved to Canton, South Dakota in September of that same year. In November of 2009, they moved to the Fellowship Village apartments in Inwood. They remained there and at the nursing home until the present time. Bill was a life long member of the Netherlands Reformed Congregation.

To order memorial trees or send flowers to the family in memory of William "Bill" Rozeboom, please visit our flower store.
Open