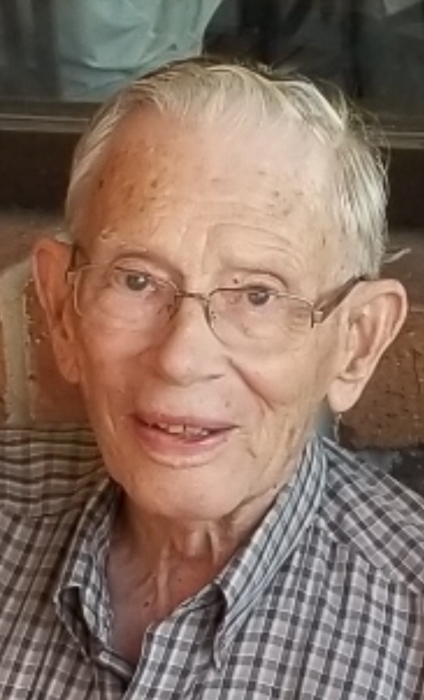 Public viewing will be from noon to 7:00 p.m. on Friday, October 4 at the Porter Funeral Home in Rock Valley. Committal Service will begin at 9:00 a.m. Saturday, October 5 at the Calvin Christian Reformed Church in Rock Valley, with procession to Valley View Cemetery for burial and military rites. Visitation with the family will be from 10:15 a.m. to 11:15 a.m. at the Calvin Christian Reformed Church followed by the Memorial Service at 11:30 a.m. with Rev. Gideon Wamala officiating. A luncheon will follow the memorial service.

William P. Burggraaf, the son of Peter and Ada (Vanden Over) Burggraaf, was born August 9, 1933 in Inwood, Iowa. Bill served in the U.S. Army. He was a Korean War veteran and was stationed in Germany. On March 23, 1960, Bill married Geneva Statema at the Ireton Christian Reformed Church in Ireton, Iowa. They made their home in Rock Valley. Bill worked at Kooima Manufacturing (currently TCS) for over 40 years. He drove school bus for Rock Valley Christian School for over 20 years. In his retirement years, Bill volunteered by repairing wheelchairs at Hope Haven in Rock Valley. This was highlighted by a wheelchair distribution trip to Guatemala in 2008. In 2018, Bill was honored to take a trip to Washington DC with the Midwest Honor Flight.

To order memorial trees or send flowers to the family in memory of William P. Burggraaf, please visit our flower store.